The Amazon Echo devices and the Amazon Alexa voice-service have been around since 2014. They have acquired a big following in the US and UK. Over the last couple of years more countries have been added as the service incorporates more languages. Amazon has introduced for developers a way of adding functionalities to the Alexa skill set. These are called Alexa Skills. They are similar to apps on a phone in that the extend the possibilities for the device.

Skills, like phone apps, need to be installed or enabled per user and can interact with devices in your home. They provide personalised information or connect to other services. For example there is a Fitbit skill that connects to your Fitbit account and can provide you with information about the number of steps you have taken today, or this week.

I started dabbling with Alexa skills in 2017 and released my first real skill in 2018, called Traffic Netherlands. The skill was created pure for self interest as it allows me to check the traffic situation on a particular road. There is a build-in Alexa skill that can tell you the traffic situation on your commute, but as I’m travelling to different locations during the week this is not useful for me. This skill combined information from different sources and used API calls to get up-to-date information. The skill is currently only available in the US and UK store but will be published in the Dutch store once it becomes available. 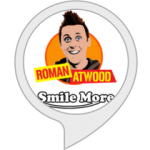 Another skill created to solve a specific question in my household is Roman Atwood Fan. As you might suspect this skill is aimed towards YouTube star Roman Atwood. Our family watches the adventures of Roman’s family vlogs. The question everyone asks, every day: “Is there a new vlog?”.  To answer this you can start a device and open YouTube, search for the subscription of Roman Atwood and sort the playlist to see if there is a new vlog, or you can ask “Alexa, ask Roman Atwood Fan for the latest vlog”.  Alexa will show and tell you when the last vlog was posted and the title of the vlog.

This was the first skill I produced. If you don’t watch “The Big Bang Theory”

this skill will not appeal to you. I got the idea for this skill when my daughter complained about stomach aches and I wanted to sooth her with the “softkitty song” from Big Bang Theory. I found it wasn’t available so I started working and within a couple of hours it was created and submitted. I forgot about this skill for about two years but when I recently visited the stats page by accident I was amazed to find it now has about 50.000 unique users each month. suffice to say I did not see that coming….but fun!